Synthesis and screening of regulatory component libraries for synthetic biology

Parallel-synthesis of biomolecular components offers a rapid path to constructing multiple gene networks that behave as predicted by in silico modeling. Here we describe the synthesis and screening steps to produce a component library, using the example of repressible promoters for S. cerevisiae. Regulatory promoters such as these are crucial components in genetic networks and quantified variability in input and output can be used to design diverse networks. The parallel synthesis approach described here is not limited to promoters or S. cerevisiae and should be broadly applicable to all biomolecular components with protocol adaptations.

Design and synthesis of DNA:

Step 1. Component design: the distance between conserved motifs should be maintained.

Step 3. Vector design: the vector must have a null sequence where the component DNA is going to be ligated in place of. This avoids false-positives occurring during screening. 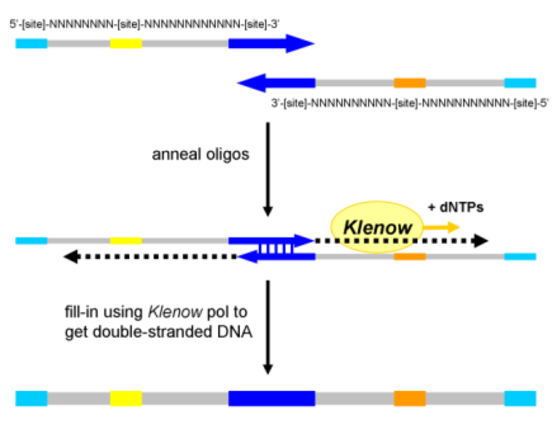 Required motif sequences for the function of the component are colored (‘site’) and unspecified sequences between the motifs are gray (‘N’). 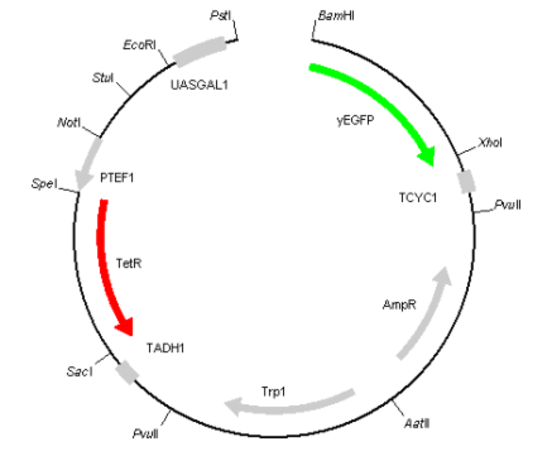