The protocol reported here describes an optical method for flexible manipulation of particles and cells. Using a tapered optical fibre probe launched with a laser at 980-nm wavelength, particles and cells can be stably trapped, targeted driven to designated positions, and flexibly arranged into desired patterns. This method provides a highly potential avenue for highly flexible and precise manipulation of biological objects.

The ability of manipulating mesoscopic particles and cells with high precision and flexibility is extremely important for a wide variety of fields from physics, biochemistry, to biomedicine. Particularly, the ability of arranging particles and cells into desired patterns precisely is a challenge for numerous physical and biological applications. Conventional optical tweezers (COTs) based on standard microscopes by focusing free space light beams using high-numerical-aperture objectives, have been widely used for manipulate objects ranging in size from tens of nanometers such as proteins and DNA molecules, to tens of micrometers such as colloidal particles (1), and are constantly delivering new insights and discoveries (2-4). However, the relatively bulky structure of the focusing objective and optical system make it lacking of flexibility in move and manipulation. In addition, to arrange objects into desired patterns, complicated assistant methods, such as holographic elements (5) and lithographic surface plasmon substrates (6)are needed in COTs, making it difficult for arranging particles with any desired configurations. This protocol reports an optical method for flexible manipulation (stable trapping, targeted driving, and flexible arrangement) of particles and cells using a single tapered fibre probe.

Manipulation of particles and cells:

The bare fibre breaks easily, therefore, much attention should be paid on your safety avoiding the broken fibre segments to prick into your hands.

The authors thank Dr. Huixian Zhang from School of Life Sciences, Sun Yat-Sen University for the providing of yeast cell and E. coli bacteria samples. This work was supported by the National Natural Science Foundation of China (Nos. 61205165 and 61007038). 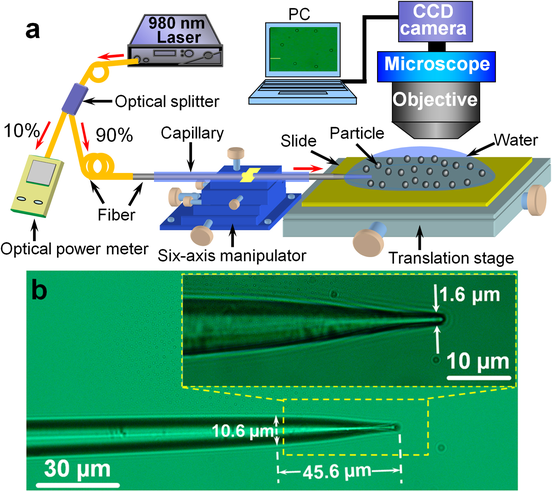 (a) Schematic of experimental setup, a 980-nm laser is split into two parts with 10% connected to an optical power meter and 90% injected into the TFP which is immersed in a silica particle suspension. The fibre is sheathed by a glass capillary and manipulated by a six-axis manipulator. All the experimental data can be obtained by a personal computer (PC) interfaced microscope with a CCD camera. (b) Optical microscope image of the TFP. Diameter of the TFP is decreased from 10.6 to 1.6 µm within 45.6-µm axial distance.

Figure 2: A sequence of optical microscope images recorded for trapping and driving of particles by TFP.

(a) Manipulation distance (DM) for particles as a function of DA (DT = 0 µm). Negative values indicate particles being trapped, while positive values for driven. Inset I is a detailed description of the light blue region. Insets II and III show the images for the trapping and driving performance with DA = 6.56 and 7.03 µm, respectively. (b) DM as a function of input optical power (P) for particles at DA = 12 µm and DT = 0 µm. Linear fit shows DM increases with increasing P. 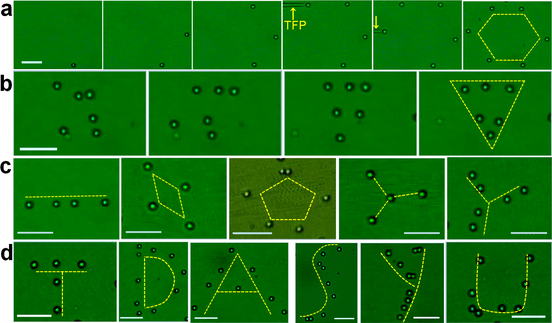 Figure 5: Optical microscope images for trapping and driving of particles with different sizes and materials. 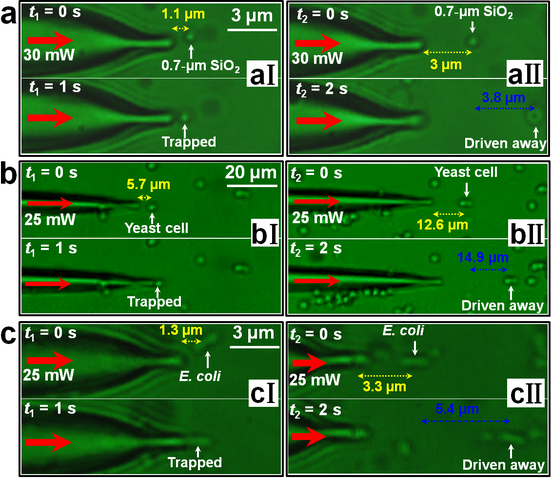 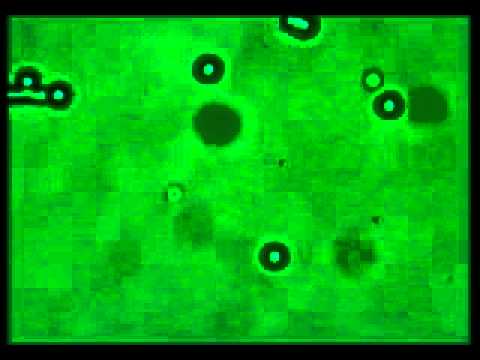 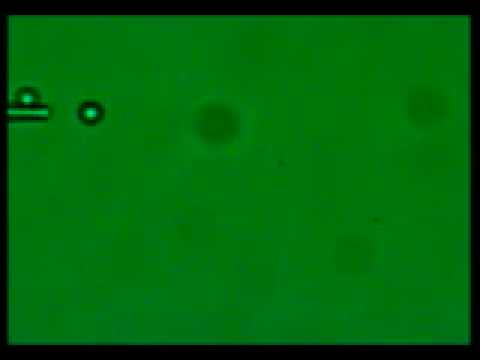 Supplementary Video 3: Detailed process of pick-and-position of the sixth particle to form the sixth vertex of the hexagon. 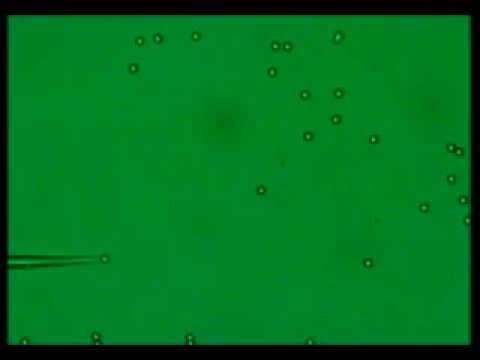 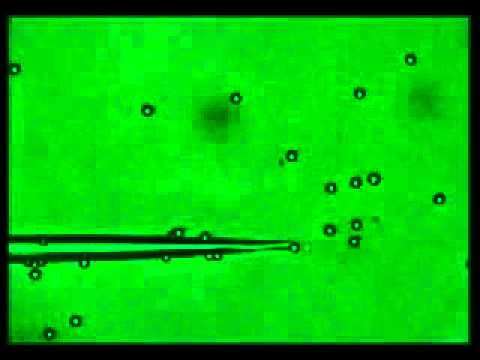