shirleycarey authored about 4 years ago

What is a toxicity test?

A Toxicity Test Experiment was conducted with experimental animals for different routes, different periods of exposure, and for the detection of various toxic end points. Its purpose is to determine the level of harmlessness, type of toxicity, target organ, dose-response relationship, and provide important information for safety evaluation or risk assessment. Toxicity tests include acute toxicity, sub-chronic toxicity, and chronic toxicity tests, as well as special toxicity tests.

Such experiment often uses different types of experimental animals (such as rats, rabbits, dogs, monkeys, etc.), with oral, coated skin or inhalation and other ways of exposure to regularly test indicators and obtain reliable toxicity data. Usually, the guiding principles stipulate the standard toxicity test methods, including the design plan, the route of exposure, the dose grouping, the animal species, the quantity, the observation content, and the exposure period. It promotes the harmonization and standardization of toxicity testing methods and obtains toxicity information that meets the regulatory requirements. 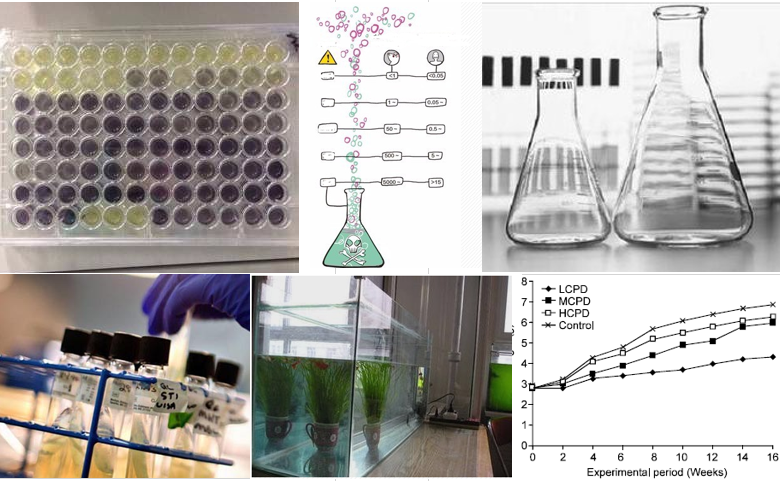 Test design is an important part of the bio-toxicity test. When conducting each toxicity test, you should consult relevant literature in advance, and then make a detailed test plan according to the test objectives and requirements. The toxicity test design for aquatic organisms generally includes: (1) selection of test organisms; (2) setting of toxicant concentrations; (3) test duration; (4) quantity and distribution of test organisms; And (5) measuring methods.

It refers to the weight of experimental organisms per unit volume of test solution. The test load is generally set according to the following principles: (1) The absorption and adsorption of toxicants by the test organism must not cause a significant decrease in the concentration of dissolved oxygen and toxicants in the test solution; (2) The accumulation of metabolites of the test organism does not exceed the allowable level; (3) The test organism has a certain activity space.

No bait is applied during Acute toxicity test, while the chronic toxicity test is generally fed at least once a day.

Creative Animodel has professional teams with rich experience in toxicology studies. The company offers high-quality data and rapid turnaround period to support your drug discovery and development. The toxicological evaluation from dose design, in-life studies to histology and pathology assays along with toxicokinetic studies are all compliant with GLP or non-GLP standards.