The dorsal thalamus relays sensory and motor information to the cerebral cortex and receives strong modulatory input back from the cortex. Both thalamocortical and corticothalamic projections send collaterals to the thalamic reticular nucleus (TRN) of the ventral thalamus1, 2. The location of the TRN, taken with its firing patterns and unique connections, has led to the proposal that the TRN plays an important role in the internal attentional searchlight3 and in coordinating multiple neuronal processes by linking specific and non-specific pathways4. The TRN neurons show fast adaptation5. Considering the potential role of the TRN in the internal attentional searchlight or attention shift, we examined whether the fast-adapting TRN neurons exhibit deviant stimulus preference (DSP)6. In the present protocol, we used in vivo extracellular recording and an oddball paradigm to analyze DSP (i.e., deviance detection) in TRN neurons. We then investigated the functional implication of DSPs of TRN neurons by examining how the DSP affects responses of their target neurons in the dorsal thalamus to auditory stimuli. Finally we investigated the inter-modality interaction by examining how a preceding light stimulus affects the auditory responses of the MGB neurons.

Paradigm to examine the stimulus-specific adaptation of TRN neurons:

Combination of light and sound stimuli:

Figure 1: Auditory responses of a thalamic reticular nucleus (TRN) neuron as a function of stimulus frequency at 70 dB SPL. 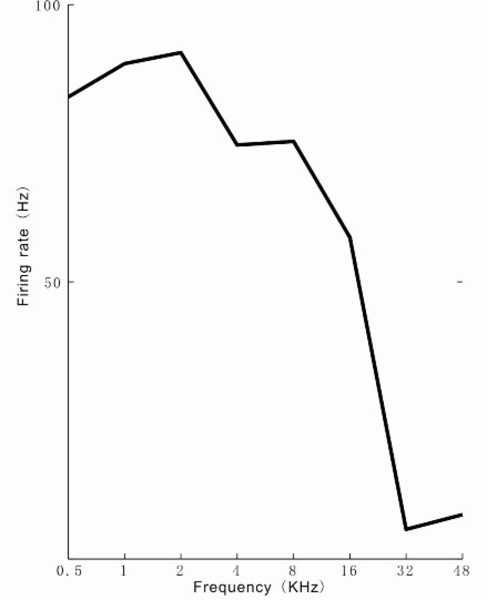 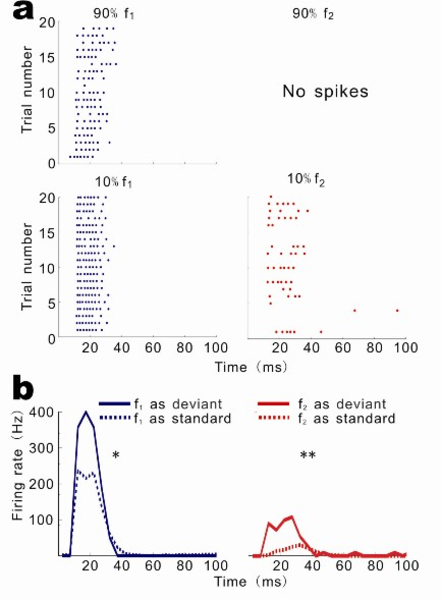 Figure 3: Effect of the deviant-stimulus paradigm on MGB neuronal responses to a probe stimulus. 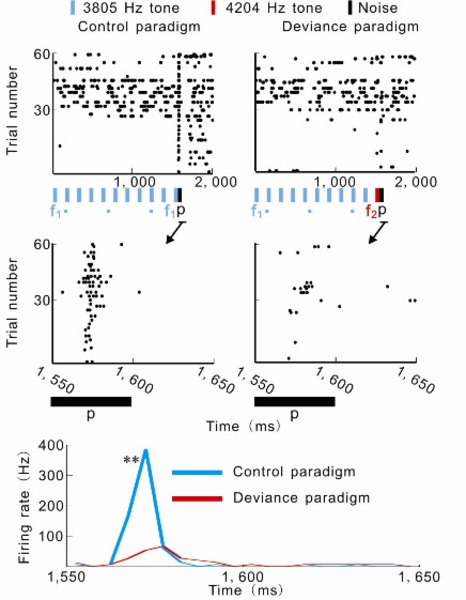 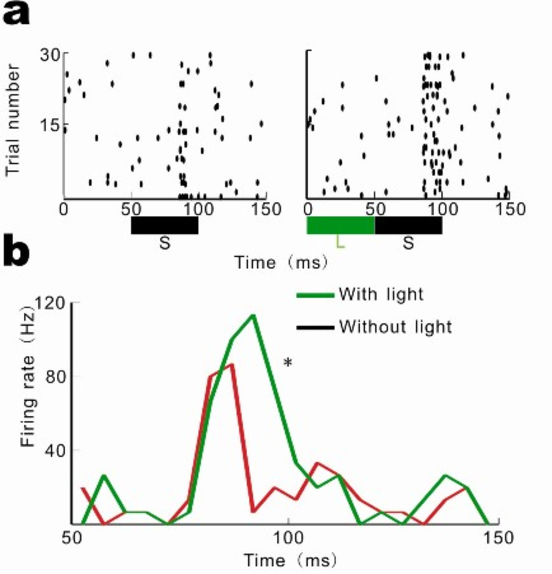 Raster displays (a) and PSTHs (b) show responses to the probe stimulus in S and LS paradigms. (a) We tested the responses of the MGB neuron in a control paradigm (left panel, only a probe stimulus, S) and a cross-modality paradigm (right panel, LS). The probe stimulus was a 50-ms noise burst with 5-ms rise-fall time.P < 0.05 (ANOVA)*.

Figure 5: Auditory responses of a TRN neuron before and after application of lidocaine. 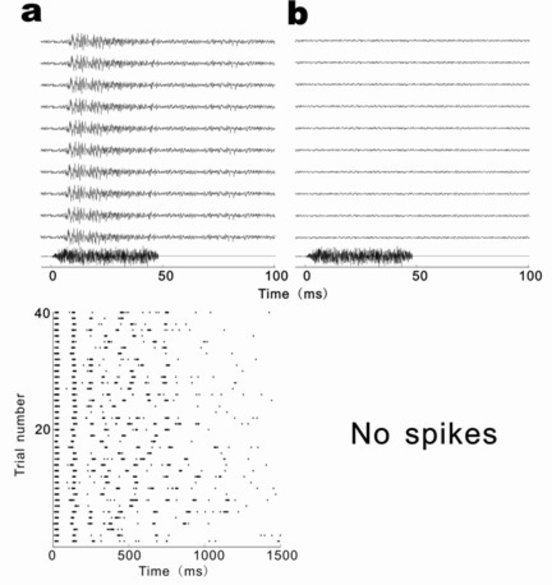 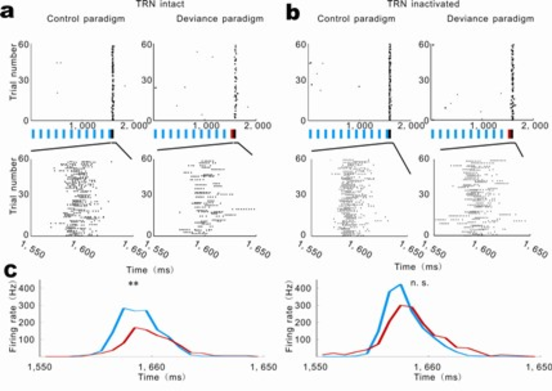 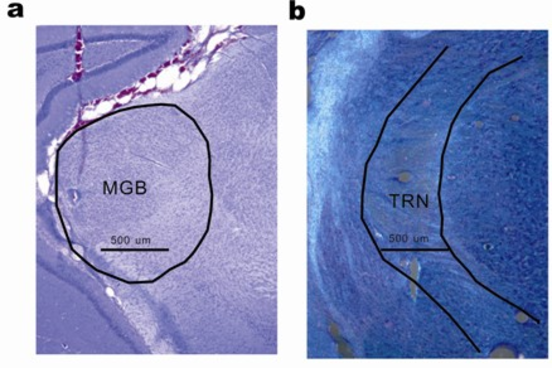 Correspondence and requests for materials should be addressed to [email protected].