AlignDB: a computational protocol for analyzing the relationship between indels and SNPs in genome sequences

AlignDB is developed to investigate the distribution of single-nucleotide changes around insertion/deletions (indels) in genome comparisons. There are two set of analysis, two-way and three-way, in AlignDB.

The two-way analysis indicates that nucleotide divergence (D) is substantially elevated surrounding indels and decreases monotonically to near-background levels over several hundred bases. D is significantly correlated with both size and abundance of nearby indels. In a comparison of closely related species, the three-way analysis is available. We find that derived nucleotide substitutions surrounding indels occur in significantly greater numbers on the lineage containing the indel than on the one containing the ancestral (non-indel) allele; the same holds within species for single-nucleotide mutations surrounding polymorphic indels.

AlignDB is freely available on request from the authors. The parameters are fully modifiable. The following protocol describes how to use AlignDB to do two-way and three way genomic analyses for indels.

Figure 1: The GUI shell of AlignDB. 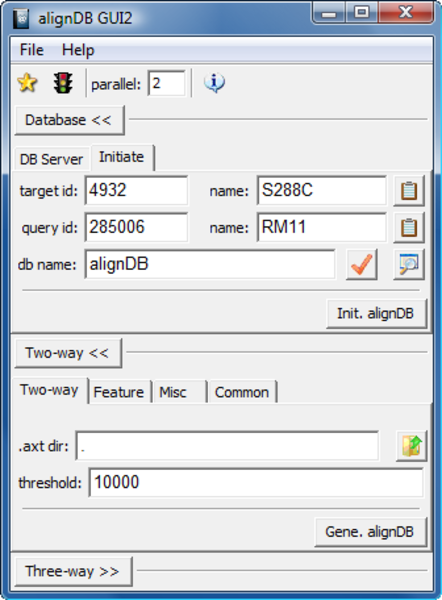 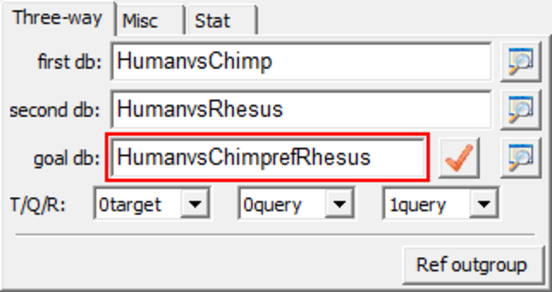