Zinc plays a critical role in many fundamental cellular processes, acting as a Lewis acid catalyst in numerous enzymes, having a structural function in DNA binding proteins and acting as a modulator in neurotransmission (1-3). At the same time, low nanomolar concentrations of free Zn2+ can be cytotoxic, rendering zinc homeostasis a delicate balance that is not well understood. We developed a toolbox of genetically-encoded Forster Resonance Energy Transfer (FRET)-based sensors that allow monitoring of fluctuations in intracellular free zinc levels. These sensors, called eCALWY-1, -2, -3, -4, -5 and -6, display a large decrease in energy transfer upon Zn2+ binding and have affinities that span the pico- to nanomolar range (Table 1). They were successfully used to determine the cytosolic free Zn2+ concentrations of HEK293 and INS-1(832/13) cells, which were both found to be 0.4 nM. In addition, the sensors can be targeted to subcellular organelles, as was shown for secretory granules in pancreatic beta-cells (4).

Using the sensor toolbox to determine the steady-state free [Zn2+]

The protocol described above is meant for quantifying changes in free [Zn2+] induced by agents that influence zinc homeostasis. Those experiments typically involve a single sensor, equipped with a binding affinity that allows detection of small perturbations of free [Zn2+]. During these measurements the in vitro Kd for zinc is assumed to be identical to the intracellular Kd and potential changes in the free [Zn2+] due to the presence of micromolar amounts of sensor protein are neglected. Although an intracellular titration of zinc with permeabilized cells showed that the Kd is only weakly affected by the cytosolic environment, ideally these experiments should be repeated using sensors with different Kd ’s to verify whether multiple sensors report similar changes in [Zn2+]. A special case occurs when determining the steady-state free zinc concentration. Instead of quantifying a change in [Zn2+], these experiments aim at reliable quantification of the starting ratio of the experiments described above. We believe that to make a confident statement regarding the steady-state free zinc levels, the experiments described in step 3-9 need to be repeated for each of the eCALWY variants. Below we discuss the different steps and analysis of the data.

The approach described here has been useful for determining the free cytosolic zinc concentration in HEK293 cells and INS-1(832/13) cells. A typical trace for eCALWY-4 when expressed in HEK293 cells is given, together with a plot of the occupancy and the corresponding Kd of all eCALWY variants versus occupancy (Figure 1 and 2). 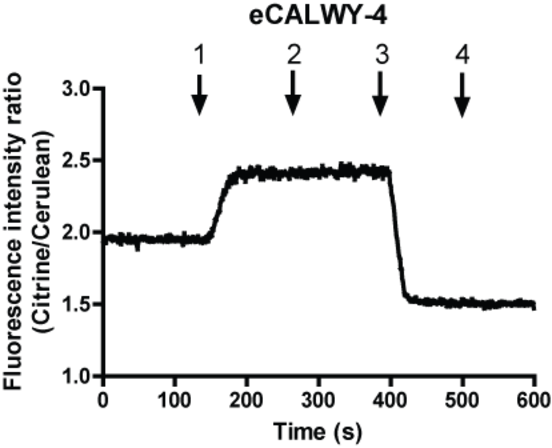 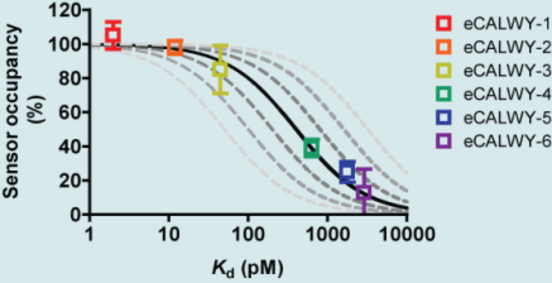 Table 1: Properties of the different eCALWY-variants