Structural bioinformatics (1) is a mature sub-domain of bioinformatics due to the support of community efforts to deposit and share macromolecule structural data and tools for analysis. As PDB (2, 3) remains to be the cynosure of the structure-related data storage and retrieval, several useful structure analysis servers play major roles in analysing structures from experimental and modelling approaches. As current web server technology is a convenient medium for analysis of individual protein structures, they influence and accelerate structural bioinformatics research to a great extent. A typical web server requires limited computational resource in the client side to perform computationally intensive tasks to perform through the internet. Web servers are relevant in the analysis of macromolecule structures: for example, in the latest release of Bioinformatics Links Directory (4), 856 resources are available under the category of proteins that explains the importance and availability of web-based tools for protein sequence and structure analysis. In this report, we are introducing a bioinformatics protocol to recognise spatial clusters and higher order residue interaction calculations using a new web server that we developed called HORI (Higher Order Residue Interactions in proteins) (5). HORI server can be employed for the calculation of higher order residue interactions in proteins using PDB file as input and can be accessed from the URL: http://caps.ncbs.res.in/hori .

HORI server requires protein structure data in a standard PDB file format for the successful computation of higher order interactions. Several parameters are available as optional input for specific sub modules within the HORI server. The input parameters required for a successful HORI run is provided in the Procedure section.

In HORI-Global, it is possible to:

NB: HORI-Lite and HORI-Cluster offers similar set of programs for the computations, but the input options are different. Interaction types are available for each program as it is given in brackets.

Time taken varies between different programs in HORI modules and the parameters used to perform the run. Time varies also depend up on the size of the protein structures and load on the server.

3D Domain swapping is a structural phenomenon observed in proteins with diverse sequence, structure and function (25-27). Ruberythrin from Pyrococcus furiosus is reported to be involved in 3D domain swapping (28). We have used the structure (PDB ID: 1NNQ) and performed a HORI-Global based computation and retrieved all pair wise interactions. HORI server reported a total of 580 pair wise interactions with in the cut-off of 1Å to 7Å. Out of these pairwise interactions, 13% of interactions are mediated by the residues between the two chains. Such detailed analysis on proteins with peculiar structural features will give a better understanding of the role higher order interactions in orchestrating the structural integrity.

Hydroxynitrile lyase is a lyase from Hevea brasiliensis (PDB ID: 1QJ4) with the classical Ser, His, Asp triad. The active sites are reported in Catalytic Site Atlas based on PSI-BLAST alignment to the PDB ID: 1C4X. We performed the option to compute quadruple distances around any 3 residues. List of quadruple interactions mediated by active site is obtained. This kind of analysis will be useful to identify potential alternate active site and residues suitable for mutational experiments. Results can be accessed from the link provided in Table 1.

The functionally important residues, including at the active site, may not be strictly conserved for protein domains at the level of superfamily (31). HORI server can be used to search for alternate active site residues based on specific higher order residue interactions. Barley 1,3-1,4-beta-glucanase (32) from Hordeum vulgare belong to the TIM barrel glycosyl hydrolases superfamily. This PDB entry (PDB ID: 1AQ0) belongs to the Glycosyl hydrolases family 17 (Pfam ID: PF00332) in Pfam database (33, 34). We have used three of the four active site residues reported in Catalytic Site Atlas (30) in the option to compute quadruple distances around any three residues in a PDB file and successfully identified the fourth active site residues in a quadruple interaction flexibly.

Links to access HORI-Global results or automated example pages to run the computation of higher order residues interactions mentioned in this protocol is provided in Table 1.

Currently the higher order residue interaction calculation is only possible through the web interface available from the URL: http://caps.ncbs.res.in/hori/hori.html. We will be extending this platform for the programmatic access through a web service implementation of the programs using REST and SOAP based technologies.

Scope of protocol based on HORI Server:

Figure 1: Graphical representation about the approach used for the calculation of pairwise, triplet and quadruple interactions 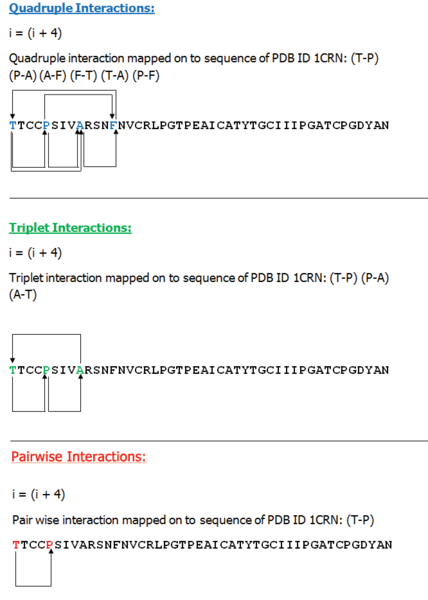 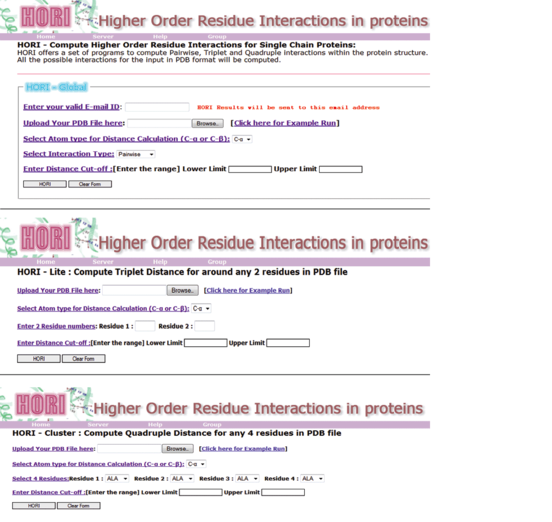 Figure 3: Screenshot of details about different sections of a successful HORI-Global output 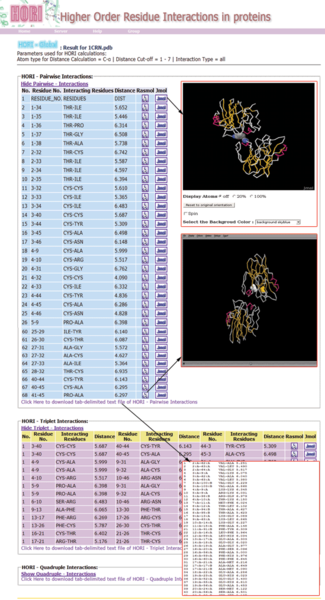 Table 1: Details about PDB structures mentioned in this protocol with URL to access their HORI results 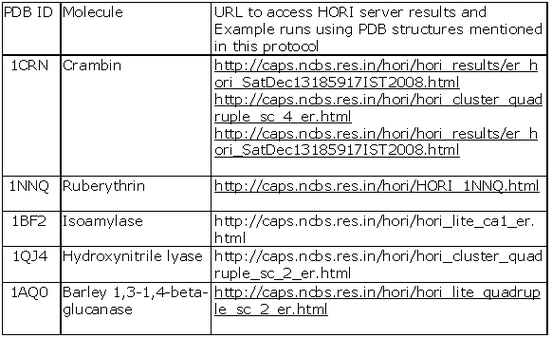